The Act of Discipline; How to Apply It on Your Kids

Discipline is one topic that seems to revolve around leadership and the path to achieving success, but it’s mostly seen as a heavy cross to bear when brought into the world of kids.

Disciplining kids remains a sensitive subject that needs to be understood to ensure that the reason for which it is put to use is accomplished.

People have a different approach as to how to go about the act. At the end of the line are those who subscribe to the style of corporal punishment (flogging, spanking, etc.)

While at the other end are those who prefer allowing things to happen on their own which for instance is allowing the child the space to make mistakes and grow to avoid such bad behavior on their own).

While it is easier for those at each end of the line to downplay the opinions of the opposing group, the reality check is that there are both pros and cons between both opinions; hence both methods can be best combined to bring excellent results.

Punishing is one mode of exerting discipline on kids.

One of which is the painful outright subjection of the kid to pains for a while till the experience leaves a lesson for the kid to remember.

Here are ways whereby you could go about exerting force as a form of punishment.

Ensure that the child can admit to their wrong behavior.

Find a private place to exert the mildly painful punishment on them should they continue to repeat the behavior.

Let the child know what they have done to get such treatment.

Ensure the force used is balanced without hurting the child.

Ensure that the child knows that you love them.

The second way of punishing can also be done by depriving the kid of his/her hobbies or confining the child to a room-popularly known as detention. This form of punishment, although milder than the former still instills the pains of losing out of the fun moments.

This action aims to correct a looming negative habit in the child by subjecting such wards to activities that would cause temporal pains to the child.

Although some have criticized the use of punishment in disciplining a child, it still yields good results when done in moderation and calmness of the parents’ mind.

Mind you, the use of physical force must be the last resort after exhausting other means

Offer a Tip of Reward –

You used a punitive measure the last time your kid went out of place; then there has to be an incentive whenever they act accordingly. Did he or she return the plates to the kitchen just like you have always told them; give them a piece of carrot or the kid’s favorite treat.

The smallest acts of going to bed without waiting for you to carry them by yourself or answering a question correctly should always be rewarded.

It’s (as a matter of fact) a sure way of getting them addicted to good habits. Who wouldn’t want that for his/her kids

The Right Mindset to Have Before Getting Married Previous post 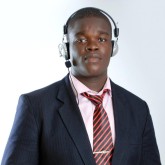 How to Make Your Man go Crazy About You

Tips to Help Your Marriage Get Better

Why Diamond Rings Are Special